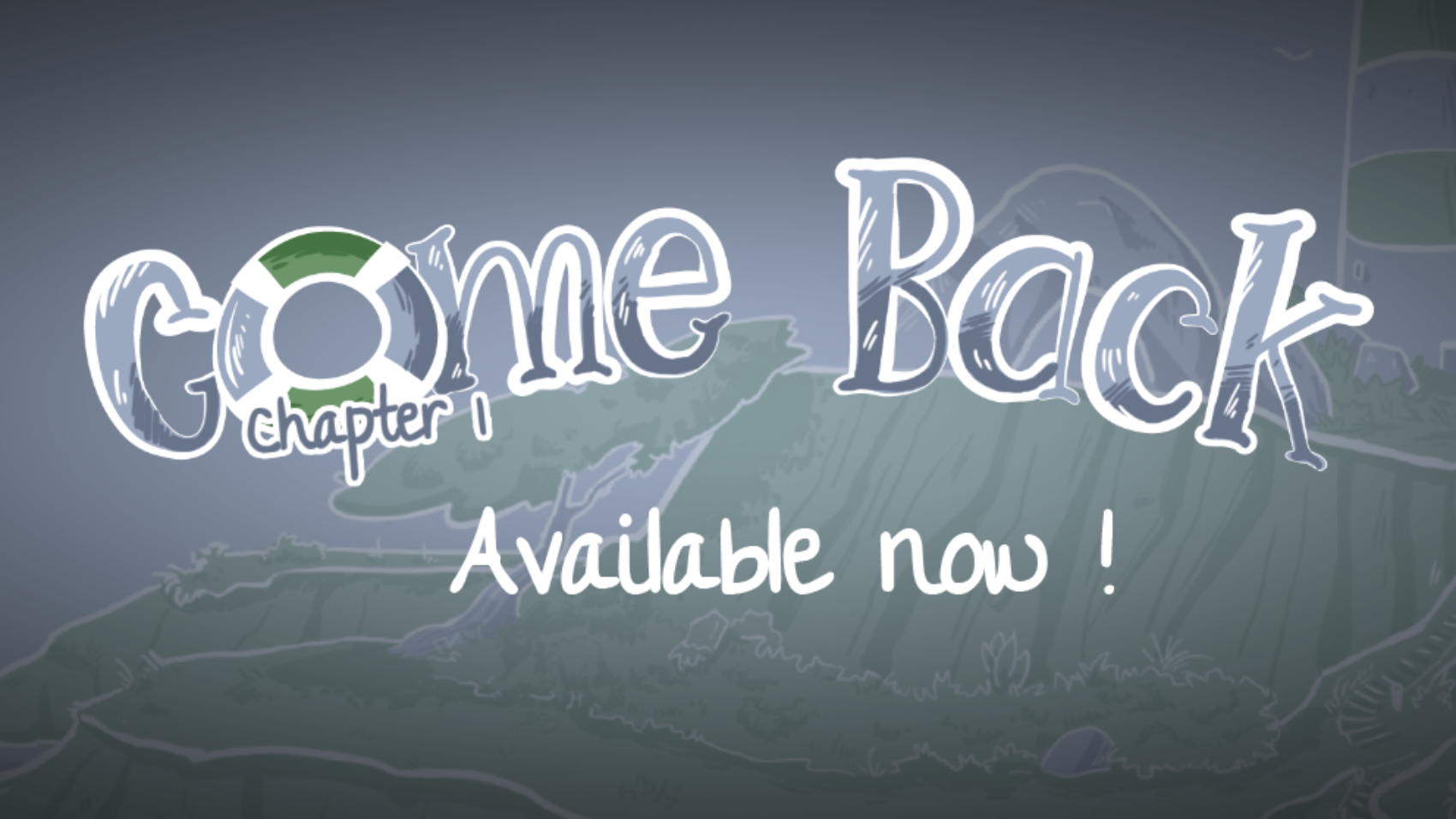 This is it! The Come Back: Chapter 1 release has come, after months of hard work!

This myst-like tackles the issue of domestic violence by telling the story of a person who wakes up on a beach with absolutely no idea on where he is. He finds out that his partner had left him puzzles and notes everywhere with indications about where to find her.

The game is available in both English and French, you can play it on a mid-tier computer as it is not really heavy in graphics. It’s a point-n-click game with a few enigmas to solve that sadly we can’t help you with! But keep trying, they are not that difficult… 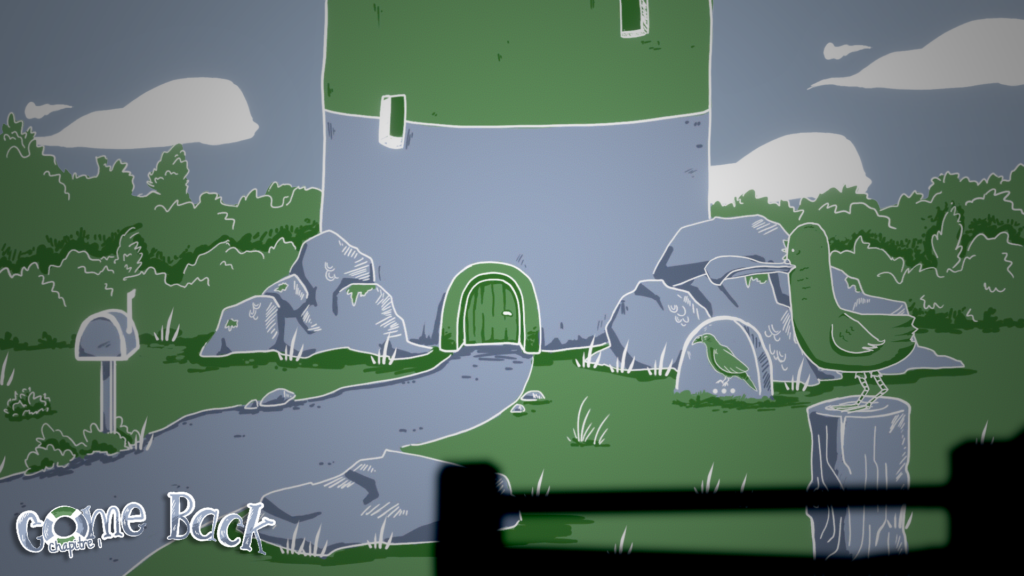 We wanted to do a game about the issue of domestic violence to try to raise awareness on the subject, but we also wanted a game that is fun and interesting to play. To resolve this touchy equation we decided to tell the story through the prism of someone in a dissociative fugue state, so you can enter deeper in his blocked mind by solving puzzles and reading notes.

Dissociative fugue is a psychological state in which a person loses awareness of their identity after a sudden trauma and experience unexpected travels. This means that people who experience a dissociative fugue may suddenly find themselves in a random place, such as on the beach or at work, with no memory of how they got there.

With Come Back, we tried to make a short story-driven game that you can buy in chapters for cheap and complete each in a hour or less. You can play the first chapter just like you read that kind of short novels that are famous in literature.

Players will have to solve the many difficult puzzles left both on Gull Island and Wrecked Island available in the first chapter if they want to learn more about themselves. This is the beginning of a tale about trust and identity where they will discover many original scenes drawn by two artists with a truly atypical artstyle that use only a few tints to paint this dream world. 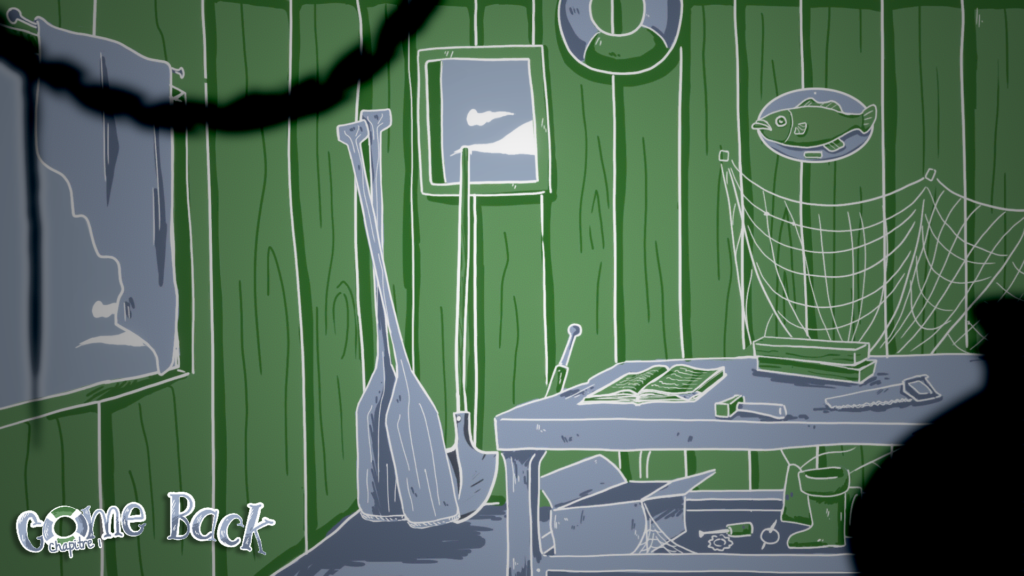 It is a nice polished game with an eye-catching art style but it has a moving story behind the puzzles. You will discover that it’s a sad one therefore not really suited for kids… We really hope that you will enjoy playing it as much as we have enjoyed making it 😉

As we said, the Come Back: Chapter 1 release is today, the next chapters will come later as they’re finished.

Where to get it?

You can get the first chapter for $4.99! It is available now on PC, MacOS and Linux of course. Check the widgets below or buy on https://www.team-nolan.fr/come-back/ 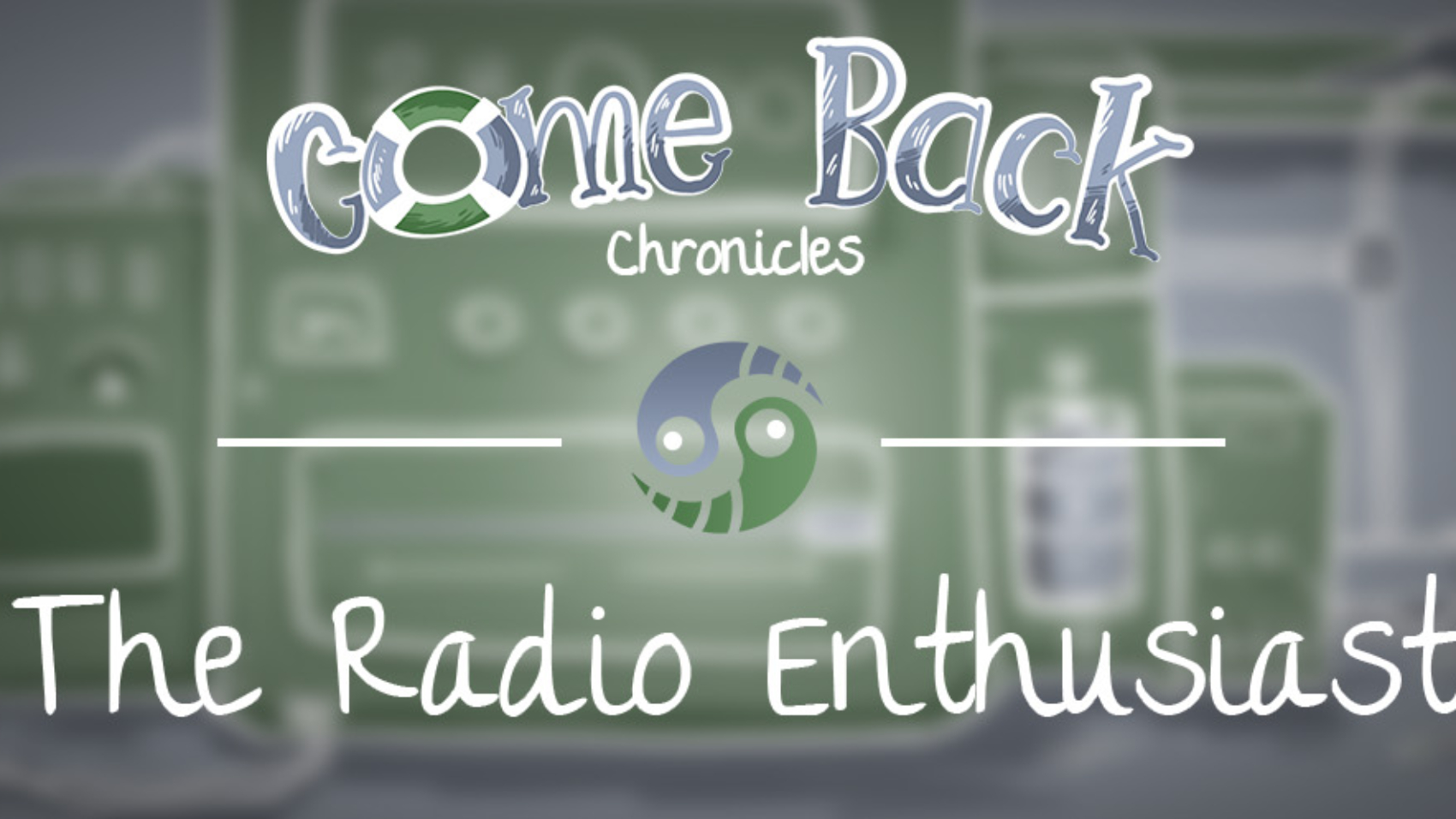 Hi, this is an entry from a journal we have just found on Gull Island, I thought you might like to see it! It is called Chronicles – Radio Enthusiast. 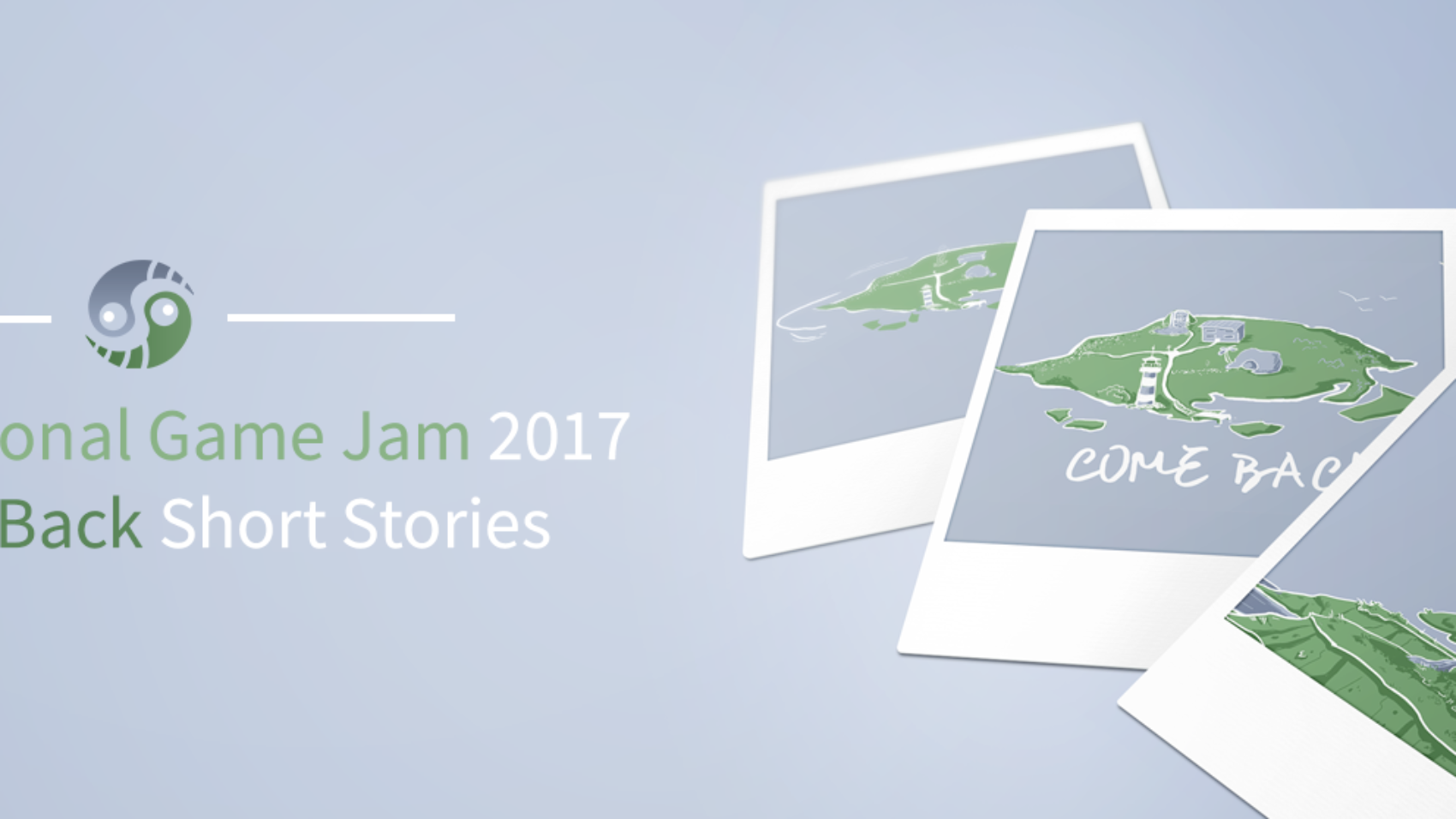 The development started exactly two years ago, when we decided to gather a team to attend (and win of course) the Emotional Game Jam 2017 that was held by our school for us to make emotionally strong games in 48 hours. Our team was composed of me (Edwin), Axel, Yann and Pierre and this team is the heart of what became Team NoLan (but at first was called “Team Llanfairpwllgwyngyllgogerychwyrndrobwllllantysiliogogogoch” 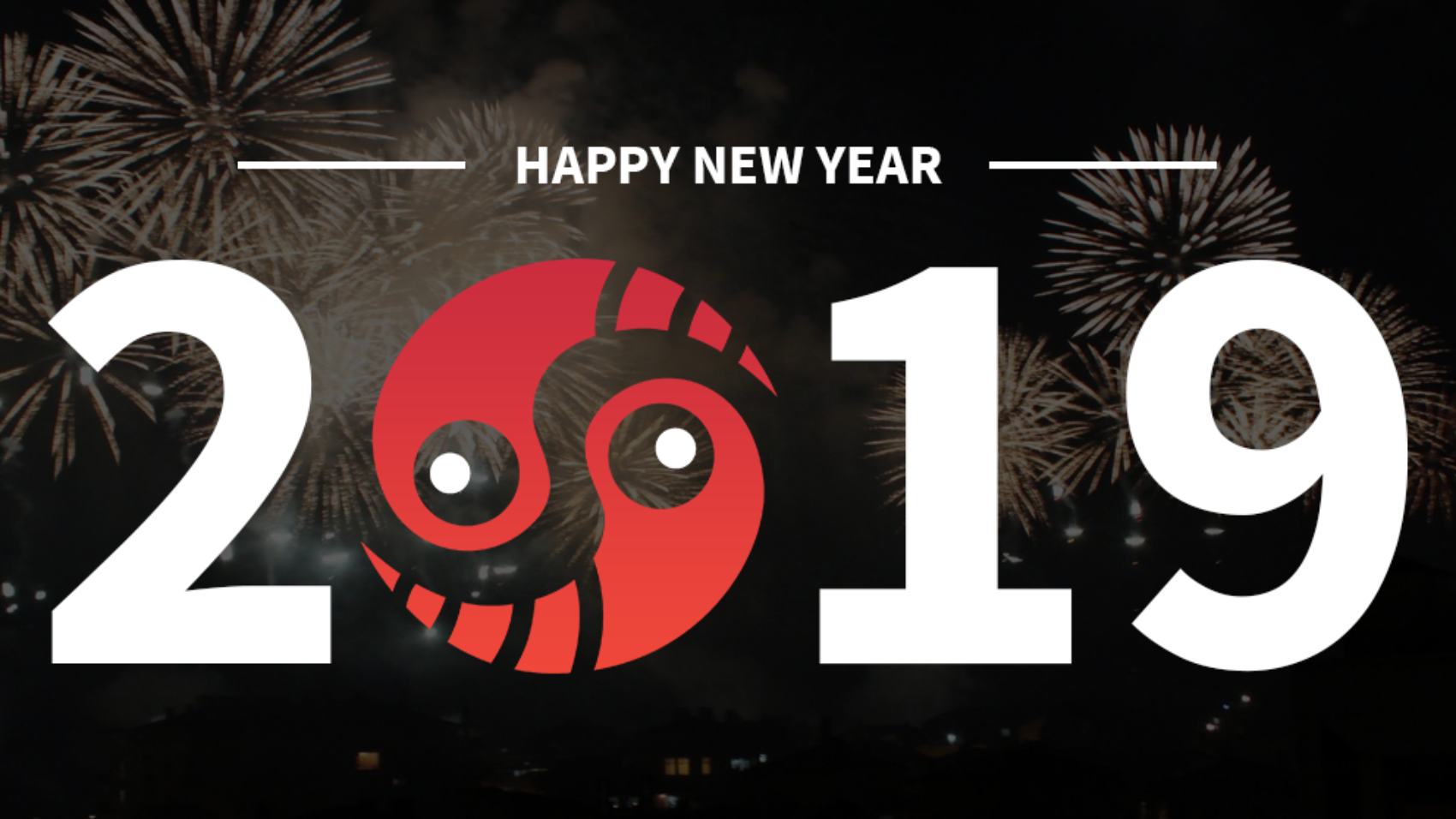 Welcome to our new blog, this is our first post hence the greetings 😉

Here we are going to post irregularly about how we develop our games, how everything is moving but also the news of the studio, etc…

Have a nice year 2K19 and of course stay tuned for more stuff !